Our fingers were cold as we shivered, feeling the waves crash against our bodies standing in shoulder-deep water. We looked down into the dark depths of the water and saw armies of snapping crustaceans approaching our feet…

Seven hours prior, we awoke. Breakfast this morning consisted of slightly toasted, freshly prepared, fresh French toast toasts (say that ten times fast)… and watermelon. We spent the rest of the morning packing for the day’s activities. As we were leaving Sagehen, we got a surprise lesson in car mechanics: our van turned out to have a bolt deep in the driver’s tire, so before we left we had to swap it with the spare. Before this fiasco, we would have been on time but alas, fate had other things on its mind.

Our first destination for the day was the UC Davis field station on Lake Tahoe’s North Shore. The building used to be a fish hatchery but was sold to UCD for $1 and became a research center for the lake. We learned about the history of introduced aquatic species in Lake Tahoe, mainly fish and invertebrates. The field station also had an astounding garden full of local species of plants. We got to study and learn about some of the cool native species found there including pine, strawberry, lupine, and aspen. There is a creek running along the back end of the main building offering a diversity of habitats and plant life. The people at the field station had a scavenger hunt for all of the campers to find various bits of information from signs and videos located in and around the station’s visitor center.

After the field station we all travelled to King’s Beach at Lake Tahoe. We had a quick lunch consisting of chips, fruit, and sandwiches that we had made before we left Sagehen this morning. After we’d had our fill, everyone changed into their bathing suits and put sunscreen on. Some ran right into the water, while others took their time because it was cold. After feeling weird pinches at our feet we discovered that the area was crawling with crayfish! We caught a good amount of them for “observational purposes.” A select few among us decided it was a good idea to have the crayfish pinch our skin for fun (Alfredo got free ear piercings). The water was slightly choppy, (mainly from many aquatic recreational vehicles) but we still managed to have fun and play monkey in the middle with a ball! Afterwards, we hopped out of the water, dried off with our towels, and got changed. We then ate refreshing ice cream, and took group photos.

Afterwards, we hopped skiddly dopped into the van and drove back to Sagehen where we jumped into our costumes and played a game of reverse hide and seek called “sardines.” We finished off the game, and then got started on our nightly chores (as a break from writing), and we made personal pizzas. Once our pizzas were finished, we ate dinner and even tried some new things! Sierra, Taylor, and Lucia tried elotes, which is corn on the cob with mayonnaise, parmesan or cotija cheese, and tajin. We discussed all of the great memories we made during this camp. Dishes were cleaned, and many finished their projects that will be presented tomorrow! We also discovered a huge Sierran treefrog, who peed on Noah’s leg when she jumped on him! Finally, we took showers and got ready for the night.

This camp has been such an educational experience that we will never forget and we will miss each other! We have been having the time of our lives and have had more fun than ever before. We’ll definitely keep in touch even if we’re half the world away! 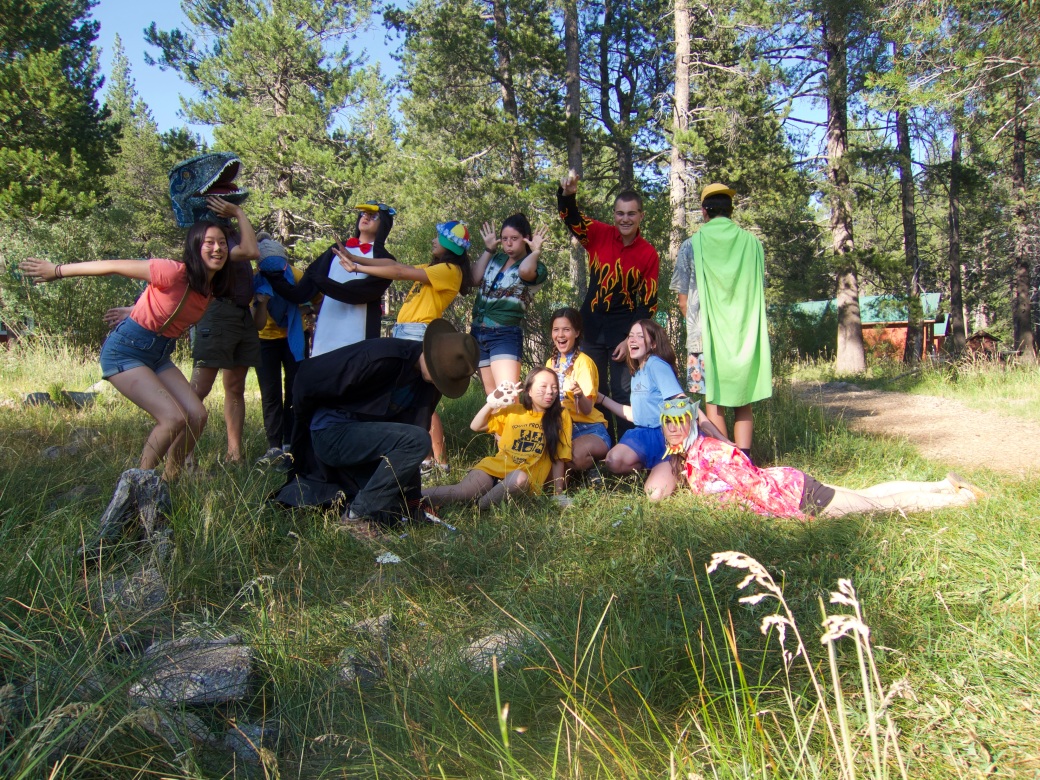